Keeping Financially Healthy During Covid-19 with Maria Rekrut on All Things Real Estate, July 02, 2020 at 8:00 pm EST.   Maria Rekrut is a long time real estate investor who has seen many ups and downs in the economy since 1982, when she started her first business and has always made “Lemonade out of Lemons”. https://youtu.be/BwwyD5f0154 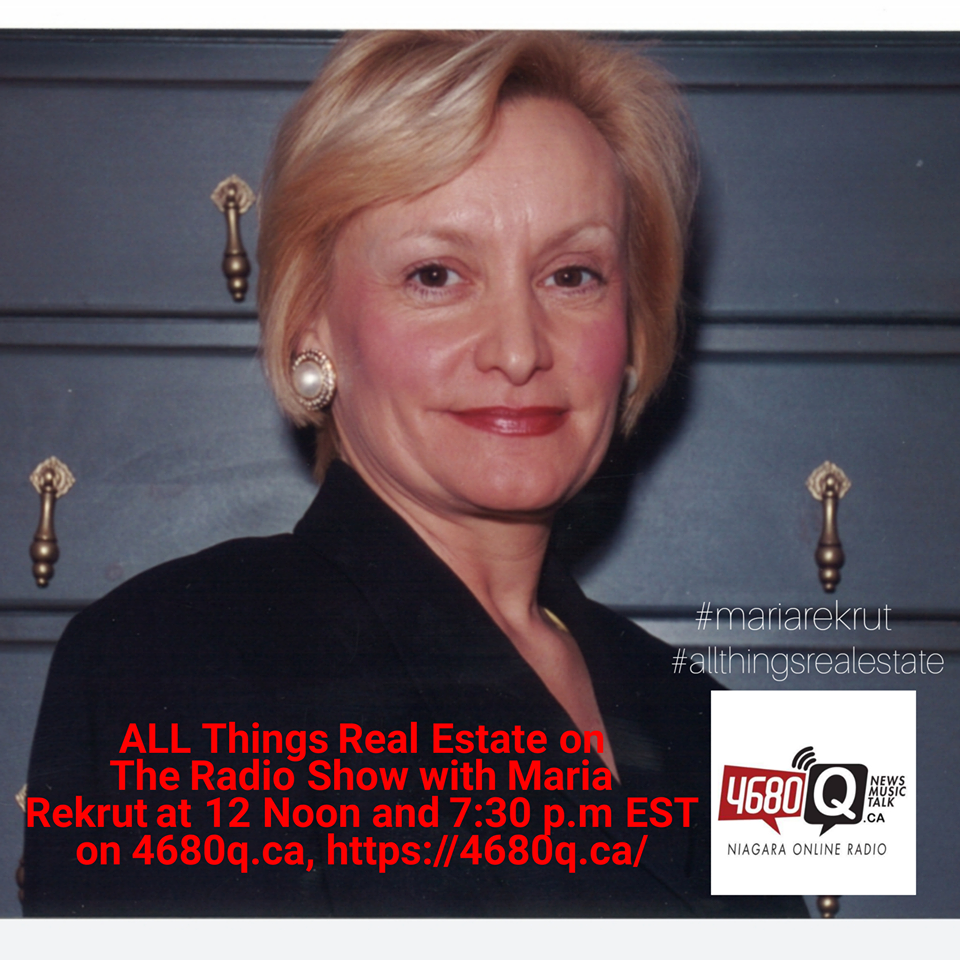 The Rise and Fall of the Short Term Rental Business!!

What You Don’t Know Can Make You Go Broke!!

I wrote an article and produced a video about this in 2020. The scenery for Short Term Rentals will be changing because of government interference and over competition.

Running a short term rental business isn’t as profitable as it was years ago. I started in 2000 my cottage rental and Bed and Breakfast, and the scenery has changed so much since then, that I can hardly recognize it.

When I gave workshops, a number of years ago, on running a short term business, not many people heard about it. Now everyone is into this business hoping to make their millions, LOL

When you see mass adoption like this, then this is the beginning of the decline of short term rentals.

Bitcoin and Crypto, this new asset class is here to stay. This downturn that we’re experiencing in May 2022, will shake out the over leveraged individuals who don’t understand strong business principles and invest in Ponzi schemes that aren’t based on solid fundamentals. These people are just gambling. If you invest, you need to put in 100’s of hours studying your asset.

Then, when you purchase it, you feel very confident in it, and won’t want or need to sell. Crypto, built on peer review, calculated growth, and hard science, is a winner in my books. Scarcity is what makes it more valuable and accrues appreciation over time, this is the case for Bitcoin!!

This also is true for Real Estate, you need to look at your asset and ask yourself, why did I purchase this piece of real estate and what is my return on investment.

Best Rental Websites to list your property in Canada

THE LTB – LANDLORD AND TENANT BOARD IS BEING WEAPONIZED AND IS THE WEAPON OF MASS DESTRUCTION USED AGAINST THE SMALL LANDLORD. THE BIG PLAN IS THAT SMALL LANDLORDS WILL GO OUT OF BUSINESS, BECOME FRUSTRATED, GO INTO FORECLOSURE, WHILE BIG CORPORATIONS SUCH AS BlackRock WILL COME AND PURCHASE SINGLE FAMILY HOMES AT A DISCOUNT. THIS IS THE BIGGER PLAN ALL OVER THE WORLD.

Don’t believe me? Look around, open your eyes, read and do your own research.

“LTB adjudicators are independent decision-makers with the exclusive authority to make decisions in accordance with the Residential Tenancies Act, 2006.

BlackRock and the New World Order are Coming After Your Homes!!

You will not recognize the Canadian Real Estate Market in a few years! “You Will Own Nothing and You Will Be Happy.”

Yes, just wait and see. I wrote an article about this a few months ago, warning everyone about these big corps buying up the single family dwellings. Just wait and see how the Canadian real estate market and small landlords are going to be changing!! This is all part of the New World Order!! “You Will Own Nothing and You Will Be Happy.”

Maria Rekrut – who runs the Canadian Landlord Association and previously campaigned against municipal efforts to license landlords for fire code and building inspections in Thorold, St. Catharines and Hamilton – similarly said the group is mysterious.“No one knows who owns that website,” Rekrut told PressProgress.

“I’m a long-term member of landlord associations throughout Ontario. We all tried to do a deep dive into who that is and none of us could come up with anything,” Rekrut said. One of Rekrut’s members, she said, called the “organization “a complete farce.’”

For more details, read the article below.

What is the Difference Between Cryptocurrency and CBDC – Central Bank Digital Currency?

What is the Difference Between Cryptocurrency and CBDC – Central Bank Digital Currency?

Both cryptocurrency and Central Bank Digital Currency (CBDC) have come to the attention of the world in recent times.

Cryptocurrency is any type of digital or virtual currency that uses encryption to safeguard transactions. Proof of Work and not Proof of Stake mining.

Cryptocurrencies don’t have a central issuing or regulating authority, depending instead on a decentralised system, called the Blockchain to log transactions and produce new units.

On the other hand, CBDC is a digital form of central bank money that is widely used by the public. They are based on a country’s fiat currency’s value. CBDCs are being developed in a number of nations.

If you think we are being surveilled on now, wait until CBDC’s are issued and we can’t use cash anymore and have to instead use CBDC’s only.

The first thing to remember about CBDC is that it’s not a cryptocurrency so it doesn’t have to be related to anything that caters to the crypto world. Digital currency will be regulated by a central authority or bank. Freedom Convoy in Ottawa on Feb 14, 2022, bank accounts were shut down.

Is CBDC a digital currency?

For those, who are unaware of the crypto or blockchain world, the fad CBDC is Central Bank Digital Currency, which is a government-issued digital currency and is backed by the central bank of the concerned nation.

Can you buy CBDC currency?

Retail CBDCs are issued to the general public. Under this model, consumers are able to own a CBDC in a wallet or account and use it for payments.

CBDC is sometimes thought of as equivalent to a digital banknote, although in some respects it may have as much in common with a bank deposit. Any UK CBDC would work alongside – not replace – cash and bank deposits. We will continue to provide cash for as long as the public still want it.

Is CBDC backed by a country’s central bank?

A CBDC would support systems already established by private financial institutions by issuing a digital fiat currency that has the full backing of a central bank. In most countries, the only type of central bank money available to the public are physical bank notes.

What blockchain will CBDC use?

Ethereum in particular is the most production-ready blockchain to support CBDC requirements in terms of scalability and privacy.

Since, 2020 at the time of the pandemic, we have seen an increase of housing prices by 50% or more, and the crazy multiple offers that followed suit. People were purchasing houses without taking advantage of a cooling-off period and home inspections. To me, I felt as if the world of real estate was going insane. I didn’t believe that there was a shortage of housing, I believe that it was all manipulation to keep the real estate industry moving along. Real Estate was basically the only industry that was in a growth mode since 2020.

This is my opinion, after being in the industry and business owner, since 1982, When I purchased my first home in 1988, I was in bidding wars for more than 21/2 years, but at that time I didn’t even know what that was or meant. I did manage to purchase a house without having to get into a foolish bidding war. I purchased it before it was even listed. That was my introduction into the world of real estate. Maria Rekrut

The latest data from the Toronto Regional Real Estate Board (TRREB) showed 8,008 properties were sold in the month of April, far below the 13,613 transactions that occurred in the same month last year. It represents a 41.2 per cent plunge.

Activity was also sharply lower on a monthly basis, with sales down 27 per cent from March.“Based on the trends observed in the April housing market, it certainly appears that the Bank of Canada is achieving its goal of slowing consumer spending as it fights high inflation,” said Kevin Crigger, president of TRREB, in a release Wednesday.

I’m sure there are great property managers out there!!

Before you chose a property manager, make sure that you can speak to some of the property owners who have used their services. Do your due diligence when hiring anyone for your business. I’ve used 4 property managers over the past 22 years of being in the real estate business, and I wasn’t satisfied with any of them.

The best property manager is you, yourself. No one will care for your home as much as you will. Remember that!!